Hydrodynamic turbulence: Turbulence is at the backbone of the research conducted in FLiP. Our group has  done a large number of massive direct numerical simulations (DNS) of homogeneous and isotropic turbulence, to study intermittency, mixing, turbulent diffusion, and transport. Some of the simulations were performed using over 100,000 processors in different supercomputers, using codes developed by our group, such as GHOST (freely available on GitHub), and other codes developed by Pablo Dmitruk and Pablo Mininni. We collaborate in the development of visualization software for massive simulations of turbulence. Also, our group has considered subgrid and regularization models for the Navier-Stokes equation and for isotropic and homogeneous turbulence.

Particle dispersion: We study particle dispersion in laboratory experiments and in numerical simulations of hydrodynamic turbulence, with special interest in the development of stochastic models for single-particle dispersion in isotropic and homogeneous turbulence, as well as in atmospheric flows. Studies of particles transported by turbulent flows include the development of particle tracking techniques in the laboratory, of instrumented particles, of floaters in free surface flows, as well as of visualization methods for numerical and experimental data. 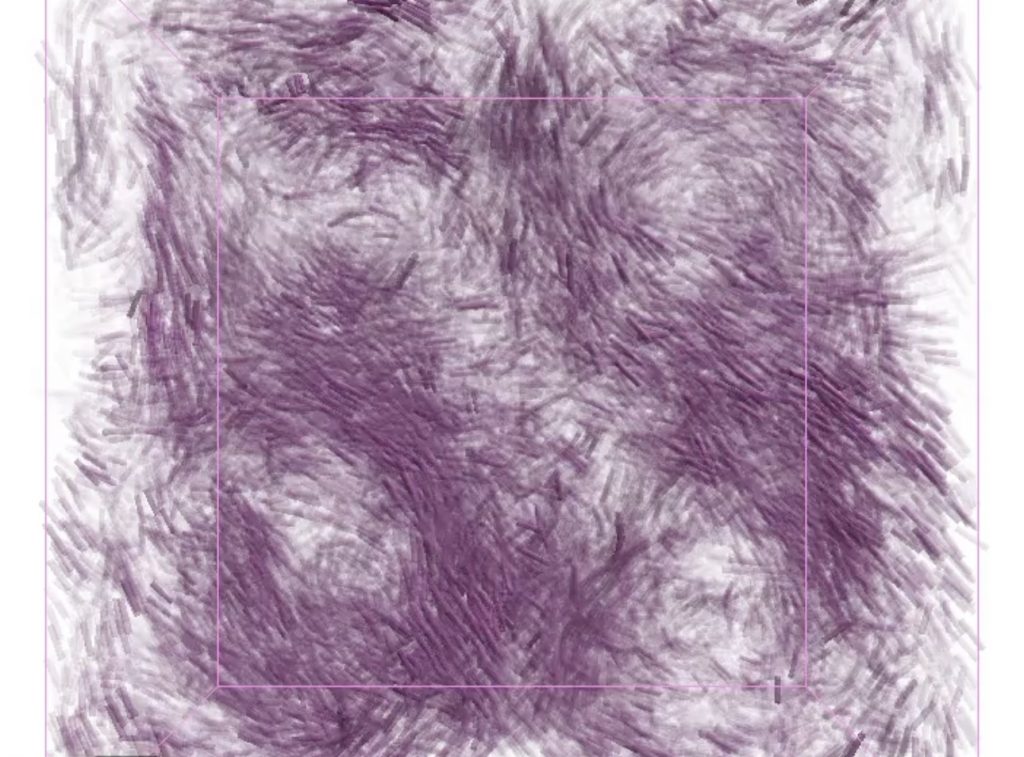 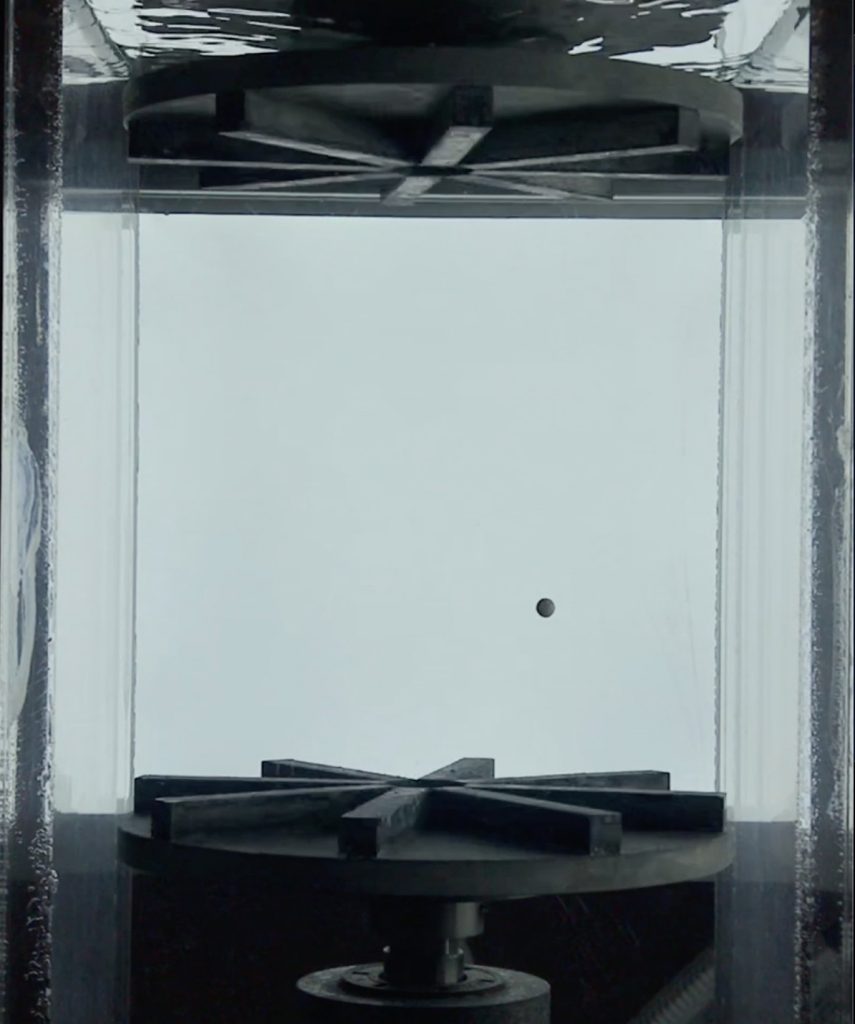 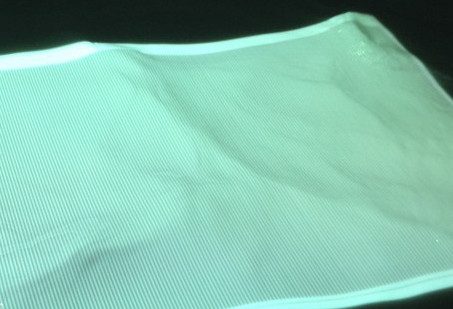 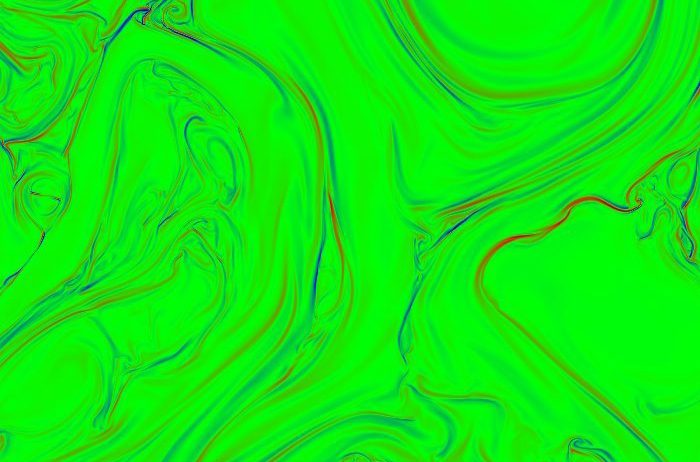 Rotating flows: Rotation plays a central role at the largest-scales of geophysical and planetary flows. Flows in a rotating frame transfer energy preferentially towards two-dimensional modes, developing strong anisotropy and column-like structures. Among other studies, our group is interested in the effect of rotation in helical and non-helical flows, the recovery of isotropy at small scales in a simulation or rotating turbulence at very large Reynolds number using 30723 grid points, and quantified the relevance of inertial waves in rotating turbulence. 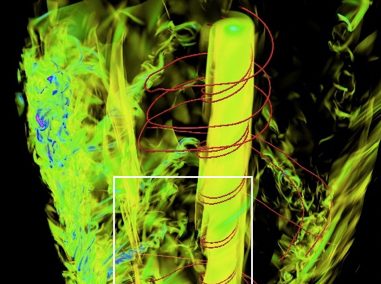 Stratified flows: Planetary and the Earth’s atmosphere display layers and stratification, as a result of the effect of gravity and buoyancy forces acting in the flow. Stratification results in the development of pancake-like structures and of vertically-sheared horizontal winds. At intermediate scales in the atmosphere and the oceans, the interplay between rotation and stratification also results in slanted layers in the velocity and the temperature fields. To see what our group does in this field, you can read a study on intermittency and extreme events in stratified turbulence , or the results of a massive simulation of rotating and stratified turbulence using 40963 grid points. 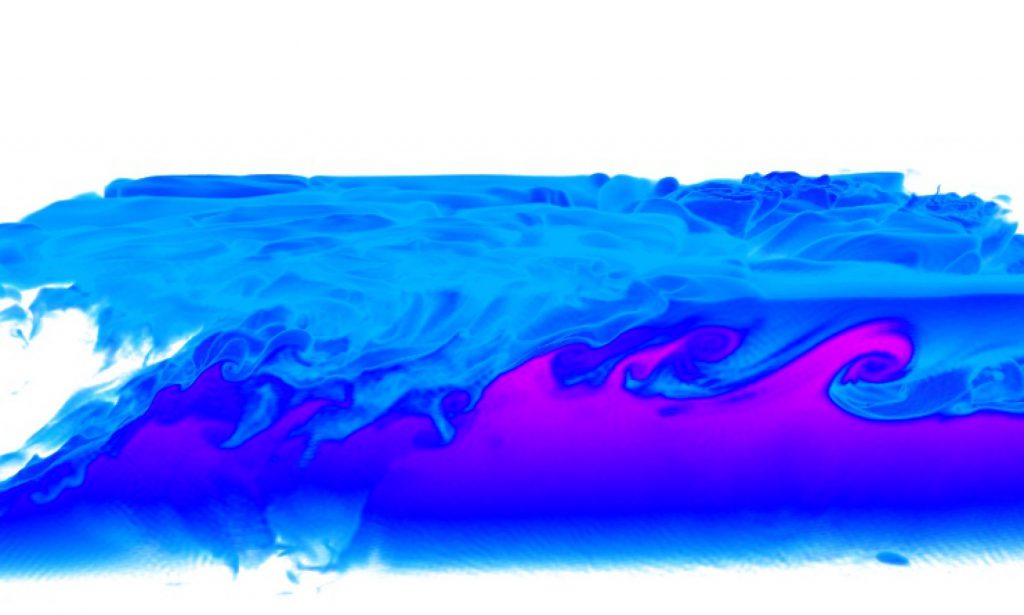 Wall bounded turbulence: FLiP! develops and maintains several codes to study turbulence in periodic boundary conditions (as GHOST), as well as other codes to study wall bounded turbulence. All codes are parallelized and scale well in state of the art supercomputers. SPECTER is a pseudospectral code to study channel flow and Rayleigh-Bénard convection, using a novel Fourier-continuation technique. SPHERE is another code to study neutral and conducting flows inside spheres, using a purely spectral method with Chandrasekhar-Kendall basis. All codes are publicly available, and work with VAPOR for 3D visualization.