As a proof of concept of a physically-based feature tracking method, we tracked the position of the vortex core in a simulation of Hurricane Bill as it approached the south east coast of the United States in August 2009. The data set is from a simulation using the Weather Research Forecast Model (WRF-ARW). The feature path prediction method, which is based on the underlying physics of fluids, was implemented in VAPOR (click here or in the image to download the movie). 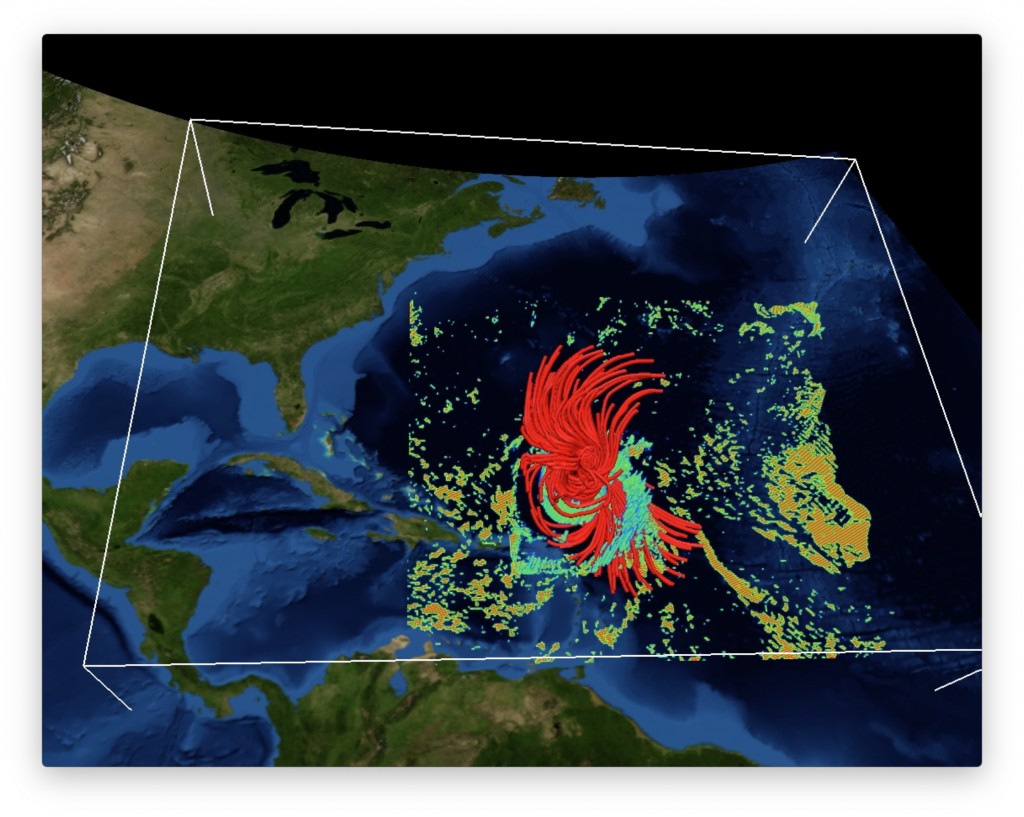 With Patricio Clark di Leoni and Marc Brachet we studied the evolution of helicity in knots of vortex filaments in a superfluid or a Bose-Einstein condensate. We solved numerically the Gross-Pitaevskii equation using 5123 grid points. Below you can see movies of reconnection of vortex lines in a configuration with two rings, and in a trefoil knot. The former conserves helicity during reconnection, while the latter does not. 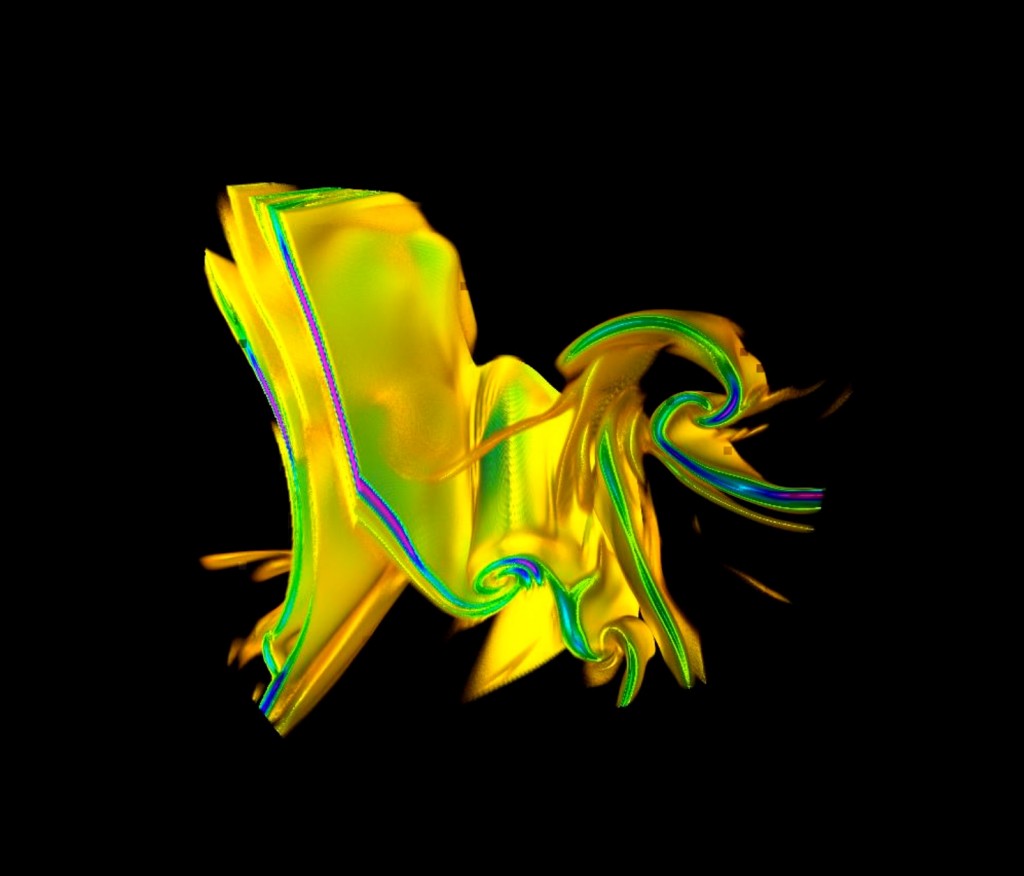